Just in time to celebrate the culmination of Black History Month and Black Futures Month, the National Equity Atlas team is thrilled to relaunch the Chart of the Week series. This week, we are honoring the reality of Black existence and Black joy. Our vision of equity is a society where all Black people can participate, prosper, and reach their full potential. To put a dollar amount to the potential gains for the Black population if this vision of equity were achieved, we compared actual Black income to a scenario of racial equity in income for the population ages 16 and older. 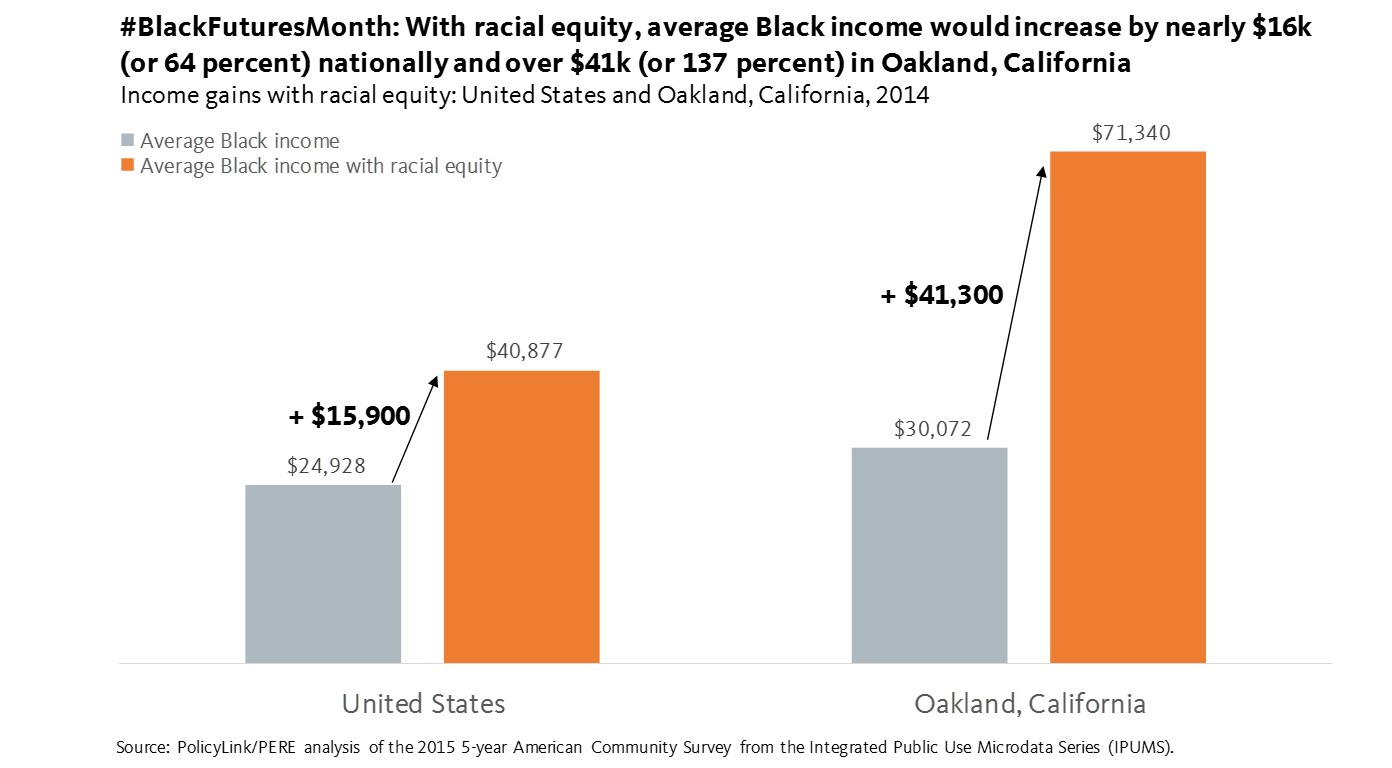 Closing racial gaps in wage and employment can be achieved by eliminating discrimination in pay and hiring, boosting educational attainment, and ensuring strong and rising wages for low-wage workers. Policies that focus on these goals are good for families, good for communities, and good for the economy. National Equity Atlas data show that in Oakland, income gains for the Black population are evenly split between an increase in wages and employment, which we measure by the number of hours worked. Strategies that address both factors include ending wage theft and strengthening workers’ rights to organize as well as helping Black entrepreneurs start and scale-up their businesses. With racial equity in wages and employment, Black families would have more money to not just survive, but thrive and plan for the future.

To see the newly updated gains in Black income with racial equity for your community (we just released the 2015 data!), visit the National Equity Atlas and type in your city or state. Download and share the chart on social media using#BlackFuturesMonth and #equitydata.