The National Equity Atlas is a living resource, and we are thrilled to announce the addition of four new indicators to the site:

Here is a breakdown of each new indicator:

In an equitable economy, all workers would earn a living wage that allows them to meet their basic needs, as well as their family's. While the value of a living wage depends on family size and cost-of-living, many are advocating for $15 per hour as a new bare-bones baseline (this equals $31,200 annually for full-time work).

This indicator measures the share of full-time workers earning at least $15 per hour. It available by race/ethnicity, gender, and educational attainment, and over time (since 1980).

Momentum is growing across the country to change these numbers and ensure that all workers can earn at least a living wage. Use this data to inform policy and organizing strategies such as raising the minimum wage or passing a living-wage ordinance. In the city of Los Angeles, for example, the two-year Raise LA campaign led to a new living wage ordinance raising the wages of hotel workers to $15.37 per hour.

Income inequality: 95/20 ratio: How unequal is your state or region?

Rising inequality is one of the defining challenges of our generation, and there is a growing consensus that inequality is not just bad for those left behind—it is bad for our economy and democracy as a whole. Recent research shows that this is true for metropolitan regions as well as nations. Harvard economist Raj Chetty and his collaborators found that regions with lower inequality and segregation provide their residents with more chances to move up the economic ladder. And Manuel Pastor and Chris Benner found that regions with less inequality are more economically resilient and experience longer periods of growth.

How to find it​ 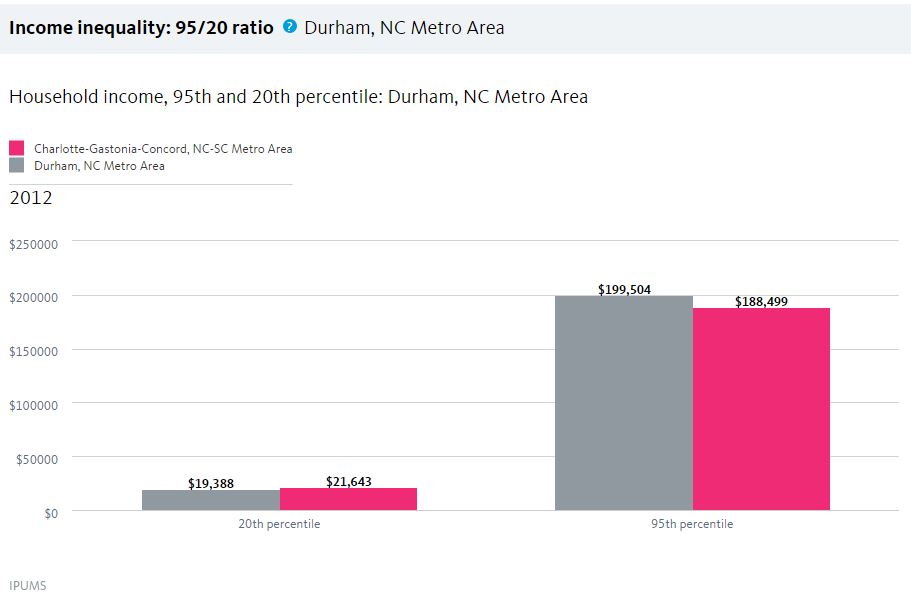 Press for policies to reduce inequality, such as expanding the Earned Income Tax Credit (EITC) and pursuing full employment. Washington, DC, for example, recently upgraded its local EITC by increasing its amount and extending it to workers without children and non-custodial parents.

Diversity index: How racially diverse is your community?

Diversity—in the context of inclusion—is a driver of innovation, business growth, and economic progress. Research shows that companies with more diverse workforces are more competitive, with greater market share, higher revenues, and more customers. McKinsey & Company’s recent analysis, for example, found that more diverse companies (in the top 25 percent) were 35 percent more likely than those in the bottom 25 percent to have financial returns above their industry medians.

The diversity index measures the representation of six major racial/ethnic groups (White, Black, Latino, Asian/Pacific Islander, Native American, and Mixed/other race) in the population. The maximum diversity score (1.79) would occur if each group were evenly represented in the region. 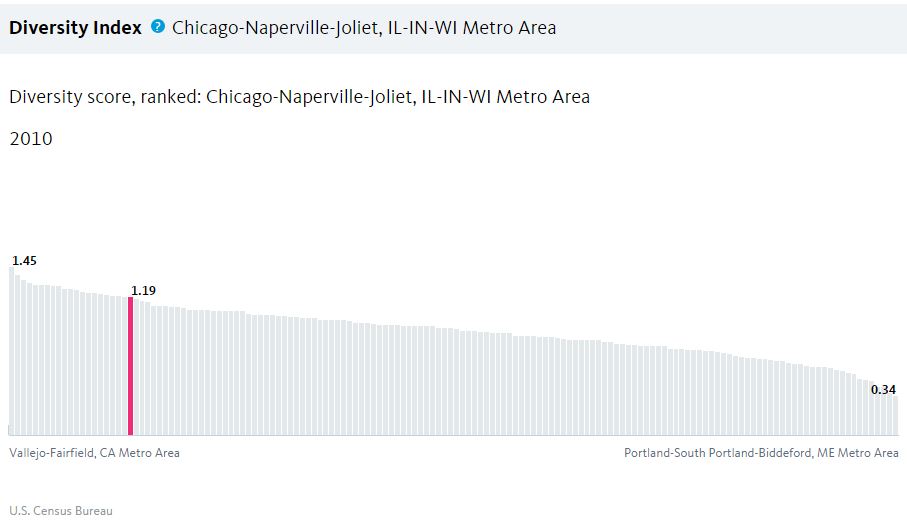 Use this data to develop and advocate for policies that ensure all of the diverse groups in your community can access the resources and opportunities they need to reach their full potential. Due in large part to the advocacy of the Illinois Coalition for Immigrant and Refugee Rights, Illinois has passed policies, like the Office of New Americans and the Illinois DREAM Act, that have made it one of the most welcoming states for immigrants.

Immigration is a significant driver of population growth nationwide, and in many distressed communities, new immigrants are fueling neighborhood revitalization and business growth. Policies that increase access to education, services, and living-wage jobs for immigrants, and remove barriers to their full and equal participation, will help immigrants and their entire communities thrive. 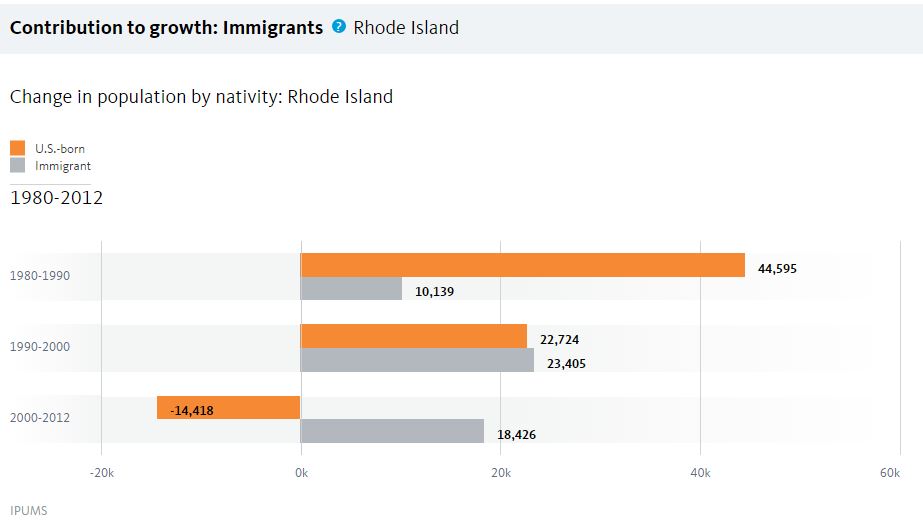 Use these facts to advance policies to promote immigrant inclusion ranging from facilitating citizenship to improving language access and extending voting rights to residents who are aspiring citizens. New Haven, for example, launched the Elm City Resident’s Card in 2007 and became the first city to issue a municipal ID card as a strategy to protect and integrate its growing immigrant population into the community.