The nation faces two deadly and interrelated pandemics that disproportionately impact Black Americans: the coronavirus and systemic racism. Health co-morbidities due to environmental racism and occupational hazards undoubtedly play a role in the virus’s toll on Black communities, but so too does a deeply rooted concept embedded in the national consciousness that goes back to the original sins of our country: a hierarchy of human value that places Black and Native American people on the bottom and Whites at the top. This ideology contributes to racial inequities in nearly every facet of American life, including politics as detailed by the diversity of local electeds dataset maintained by the Bay Area Equity Atlas.

Beneath the regional level, however, some Bay Area cities did improve on the representativeness of their top electeds, while others fell behind. This post shares key findings from our analysis of how the region’s 101 cities are doing on this measure, which is calculated based on the share of top local elected officials who identify as Black. Note that the city electeds include both city council and county elected officials (supervisors and DAs) because county electeds also represent city residents. This means that the typical city/town has 11 electeds included in the analysis (5 council members, 5 county supervisors, and one county district attorney).

As Black Residents Move Inland, Some Suburbs Saw a Rise in Black Politicos

The Black population in the Bay Area declined by nearly 42,000 people from 2000 to 2015 – an 8 percent drop. And within the region, Black residents have moved outward from the regional core to inland communities. From 2000 to 2018, for example, the city of Richmond saw a 16 percentage-point decline in the Black population share from 36 percent to just 20 percent. Cities like Antioch and Oakley in Contra Costa County and Rio Vista in Solano County, on the other hand, saw five percentage-point plus increases in their Black populations.

Our most recent analysis of Black local elected officials partially reflects these shifting demographics. By 2020, two of the top three cities with the most Black representation in local elected governments – Pittsburg and Antioch – are located in Eastern Contra Costa County.

At the same time, historically Black cities in the coastal core of the Bay Area with long histories of Black community organizing saw steep declines in the share of Black residents. Oakland, Richmond, and East Palo Alto experienced double-digit decreases in the share of Black residents from 2000 to 2018. Previous studies describe in great detail this reorganization of racial segregation in the Bay Area, and the findings from the diversity of electeds database suggests that outer suburbs in Contra Costa County are faring decently when it comes to Black representation in local elected government.

San Leandro, Berkeley, and San Pablo, each lost a local Black elected official in 2018. Today, just 15 percent of local elected officials in San Leandro are Black. The city of Vacaville, which has roughly the same Black population share as East Palo Alto, lacks any Black representation in local government at the city or county level.

Two other cities have relatively small Black population shares but saw sizable increases in Black residents despite no Black representation among top local electeds. The city of Rio Vista in eastern Solano County saw a six percentage-point increase in the Black population since 2000 but lacks Black representation in top local elected positions. The San Mateo County city of Brisbane similarly saw an increase in the Black population share of five percentage-points but none of city or county top elected officials identify as Black.

The neighboring Peninsula city of Los Altos made history in 2018, electing their first Black city council member: Vice Mayor Neysa Fligor. After losing her 2016 election bid by just 6 votes, Vice Mayor Fligor came back in 2018 to win every precinct in the city. The Vice Mayor is also the youngest councilwoman on the only all-female city council in the region.

A Clear Need for Action

While representation does not ensure the passage of more equitable policies, it matters for political power. Local officials hold considerable power over the everyday lives of Bay Area residents, including local police and sheriff’s departments, and they ought to reflect the diversity of the communities they serve. Improving on this indicator involves directly addressing the multiple barriers that hold Black residents back from running for political office whether they are economic, institutional, or political. It also requires a bold agenda to curb Black displacement in the region and the passage of policies that allow Black residents, especially low-income residents and renters, to stay put.

Even before the coronavirus epidemic and nationwide uprisings against racial injustice, working class people in the region were struggling to make rent, find affordable childcare, and secure living-wage jobs. The historic spike in layoffs and unemployment brought about by COVID-19 has only exacerbated economic insecurity. Many families are struggling to make ends meet and are focused on finding work and paying bills rather than increasing political involvement.

But political inclusion is a critical part of building a more equitable region, and we, along with our partners at Bay Rising, lift up the following recommendations to move us towards just and fair inclusion into a region where all can participate and prosper: 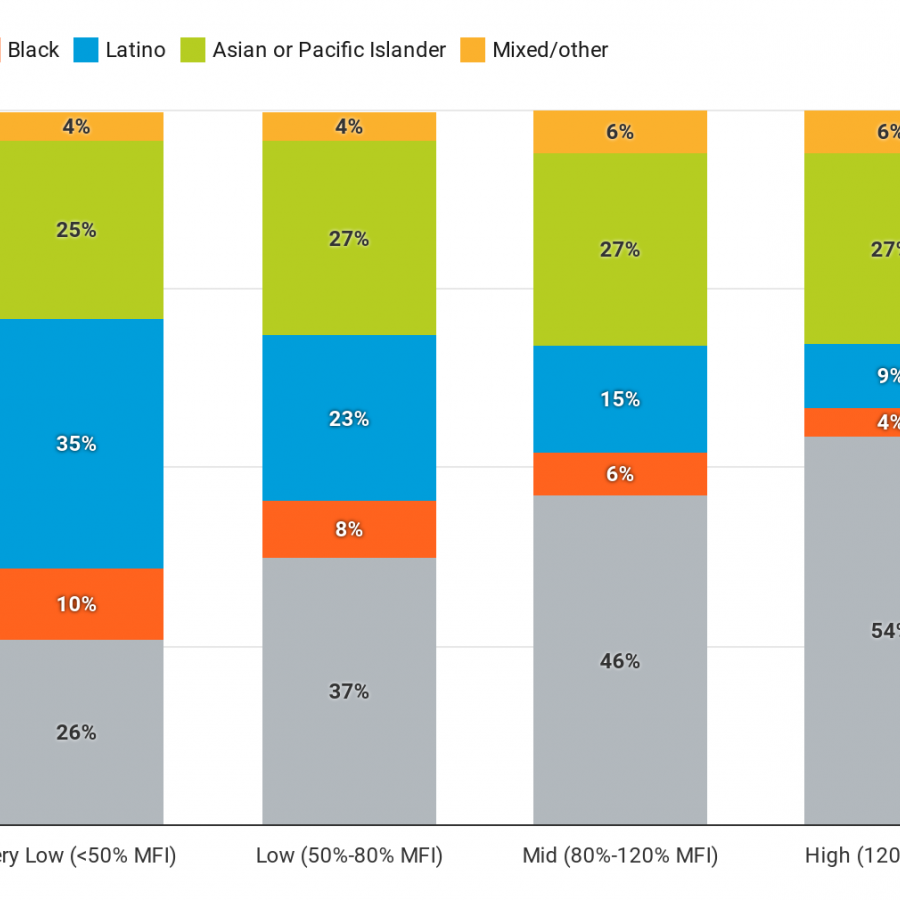