Already shouldering some of the worst housing affordability challenges in the nation, California renters living on low incomes were pummeled by the Covid-19 pandemic. While renters made tremendous sacrifices to keep current on rent, many fell behind. The statewide Emergency Rental Assistance Program (ERAP) — funded by the federal American Rescue Plan Act — offered a pathway to clear these debts, preventing eviction and homelessness and making an equitable recovery possible. The program was in operation between March 15, 2021, and March 31, 2022.

In partnership with Housing NOW! and Western Center on Law & Poverty, the National Equity Atlas is assessing how well the program met its goal of covering 100 percent of rent debt for all renters living on low incomes who’ve experienced economic hardships during the pandemic. We provide regular statewide data updates; maintain a dashboard with county, city, and zip code data; and produce reports on the program’s performance. Our latest policy recommendations are listed below.

Note: No new data has been provided by HCD since August 16; we have requested additional data on applicants who received funds but who were subsequently denied assistance and HCD is seeking to recapture the funds. Data on the basis for denials, appeal status, and denial notice dates became available for weekly tracking beginning July 13. The dataset for the week of July 18 included unexplained inconsistencies and was not reportable, and data was not provided for the weeks of July 25, August 1, or August 8 while HCD updated the data template to correct for these inconsistencies. See our latest analysis from July 22.

For data at the county, city, and zip code level, explore our dashboard.

*This is lower than our previously reported number of denials from June 23 (157,881) because as of July 13, HCD revised the dataset to exclude denied applicants located in jurisdictions that are operating local rental assistance programs.

***This is a significantly lower number of households than previously reported on July 13 (2,429 households) due to errors in the data provided by HCD, which have now been corrected. This number is also based on HCD’s reported dates of denial, and it does not include additional tenants that received notice of denial after the date reported by HCD. 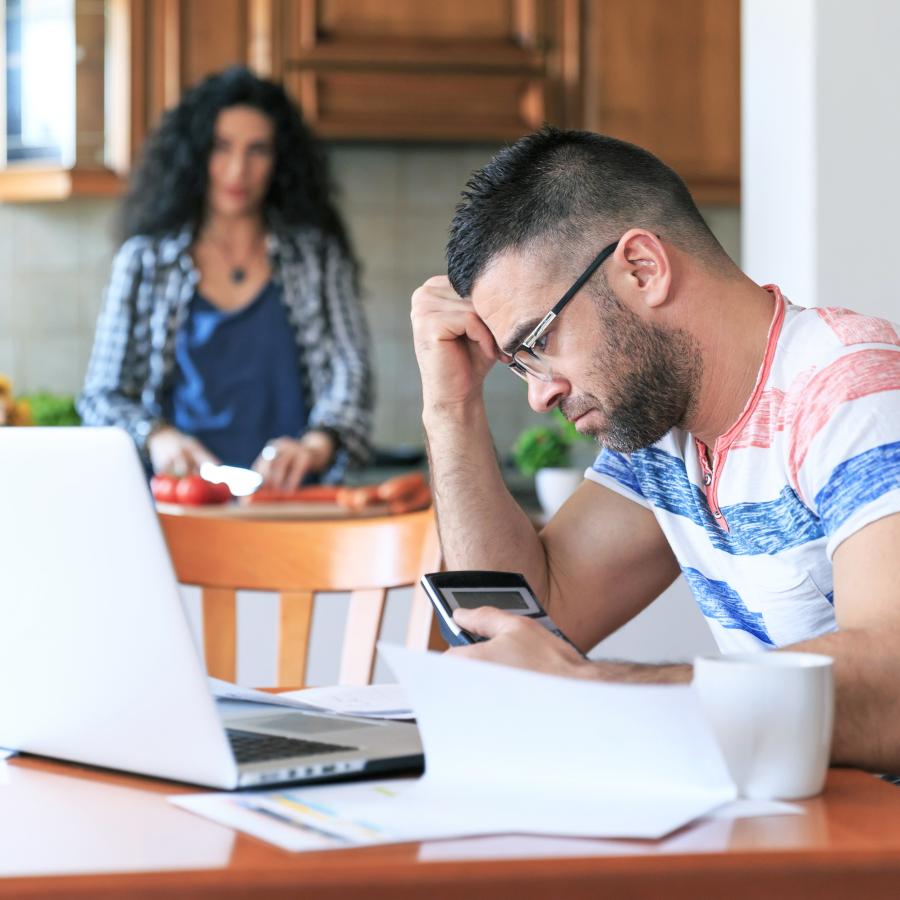 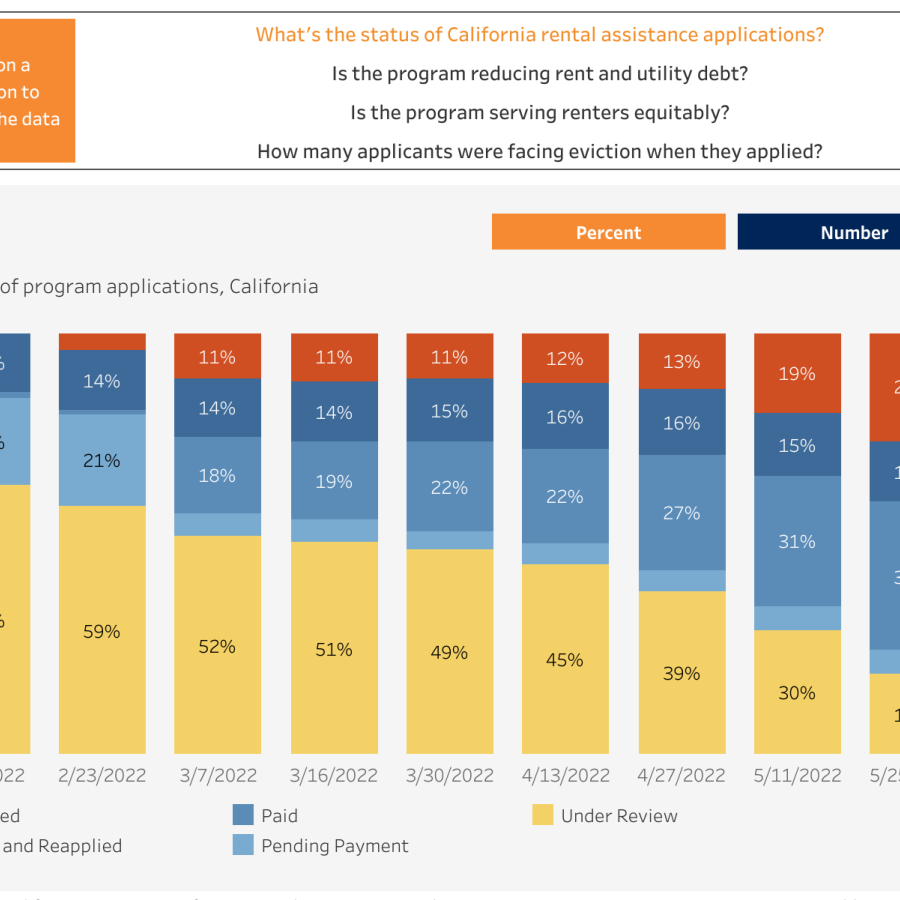 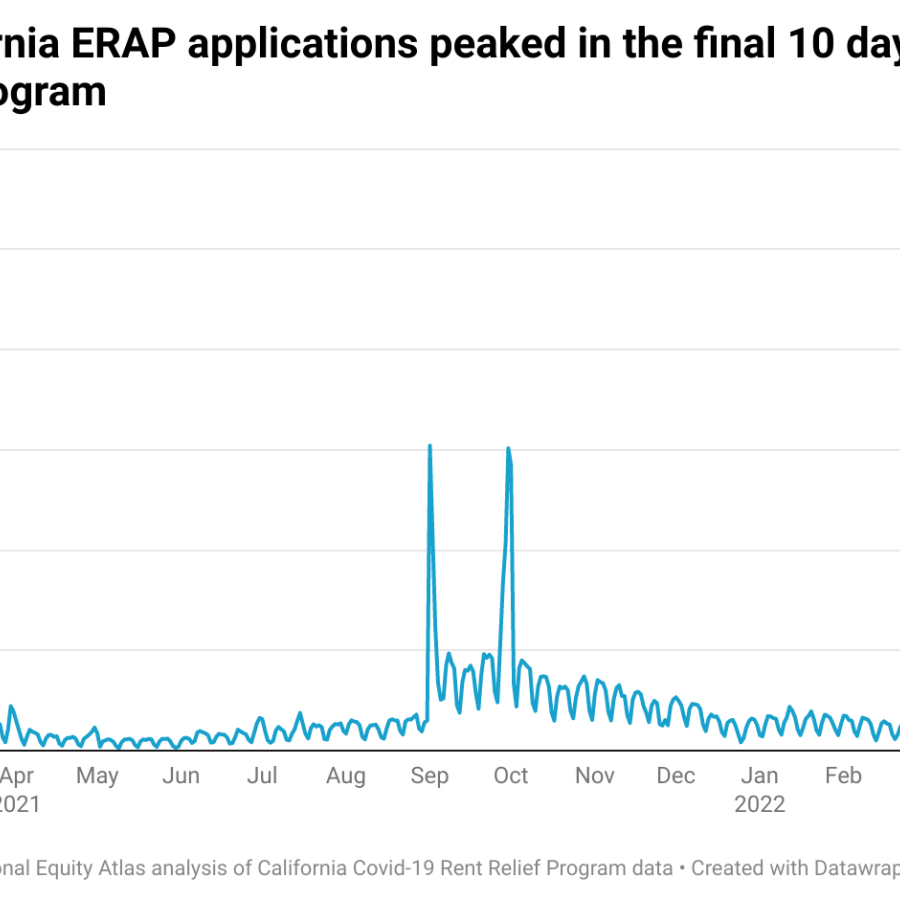 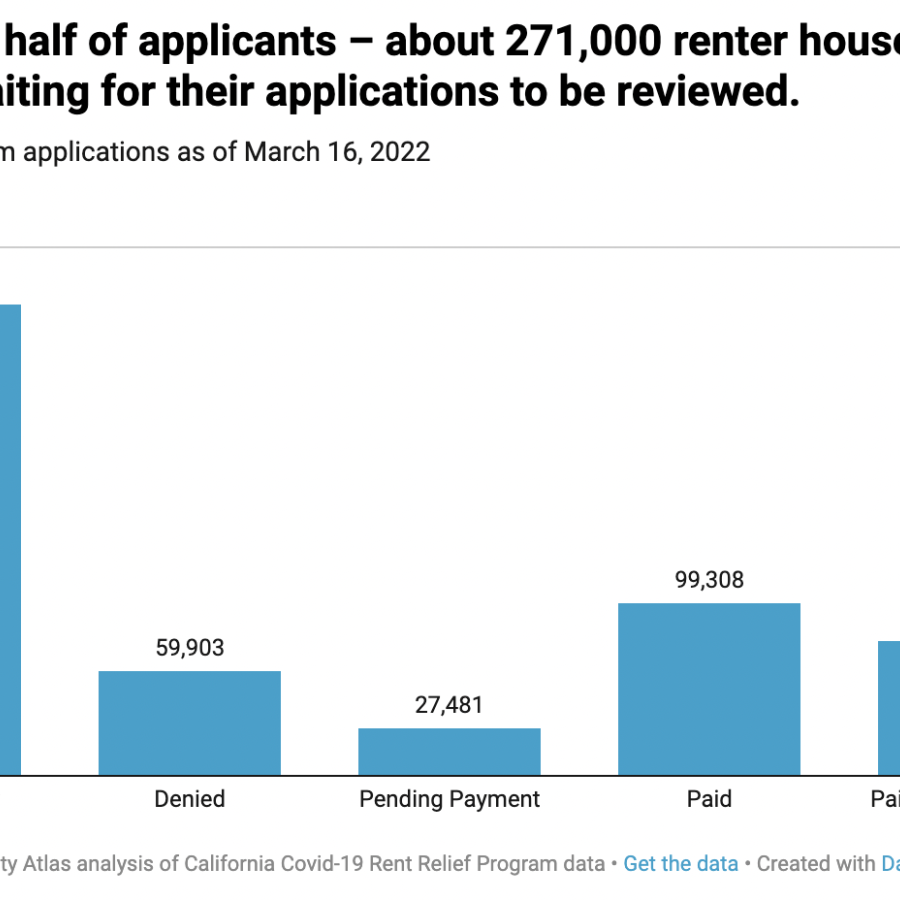 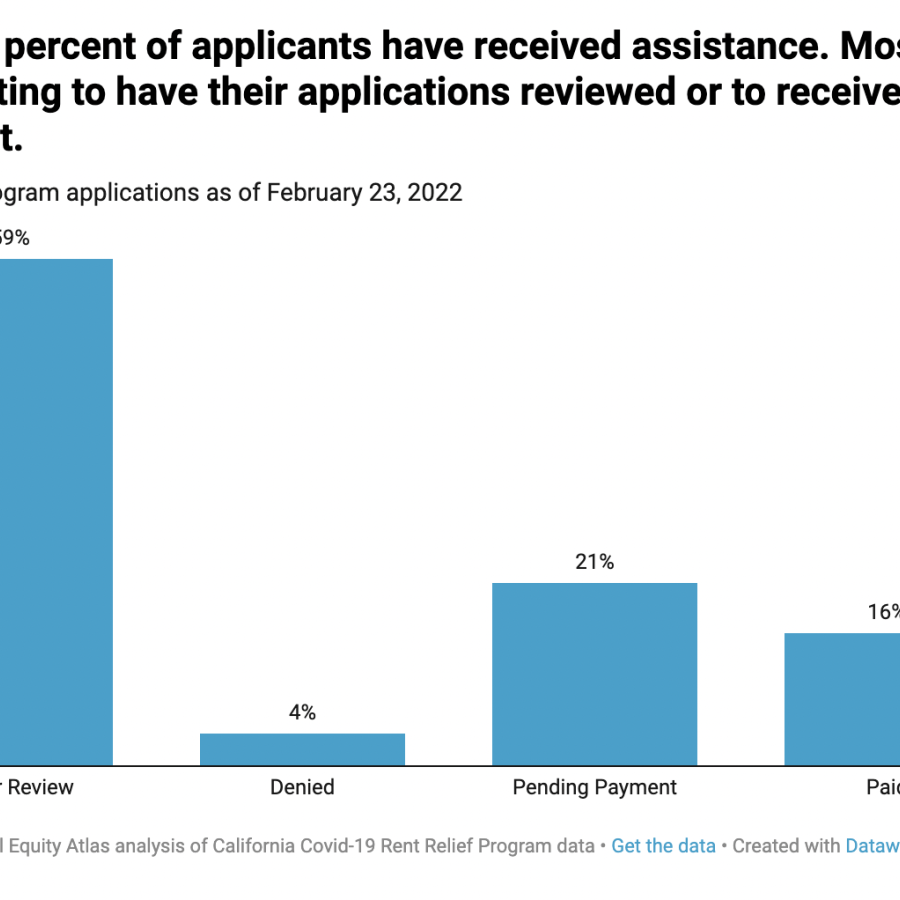 Given the large number of denials and their high stakes, the concerns with the review process, and the high share of denial appeals that have been denied, HCD should go beyond what is required by the lawsuit and conduct a thorough review of all denied applications. The agency has touted its administration of the program and should seek to ensure that no tenants are wrongfully denied this assistance and that there is a fair, transparent process for applicants to challenge denials of assistance.

In addition, we recommend that:

For questions about our findings and methodology, please contact Sarah Treuhaft at sarah@policylink.org.